Helping you and your family maintain optimal oral health

We began the Garden City Dental Suites in 2000 and underwent a rebranding when we moved to our current location at House no 14 in 2011. At the Netcare Garden City Hospital, Dr A Navlakhi has built a dental practice where you are treated professionally - but with a personal touch. The practice offers dental care for patients of all ages, whilst ensuring that all of your dental requirements are seen to in a warm and caring atmosphere.

We embrace technology because of the treatment benefits and the improved patient experience it provides. Our modern facility was designed specifically to meet the needs of a busy dental practice that continues to grow. With a fairly large number of staff and busy patient flow, our office offers a floor plan that provides enough space to work comfortably and effectively. Each operatory is equipped with its own computer and big-screen, high-definition television monitor above the chair. This enables our patients to lie back and watch television while they undergo treatment. Allowing you to decide if its cartoons or the international news that you want to catch up with.

For our patients, a tastefully appointed reception area provides a comfortable environment where you can relax prior to your appointment. Our patients often say that walking into our office is like walking into someone’s home - it is comfortable and inviting.

The most important member of the team will always be you!

We look forward to seeing you. 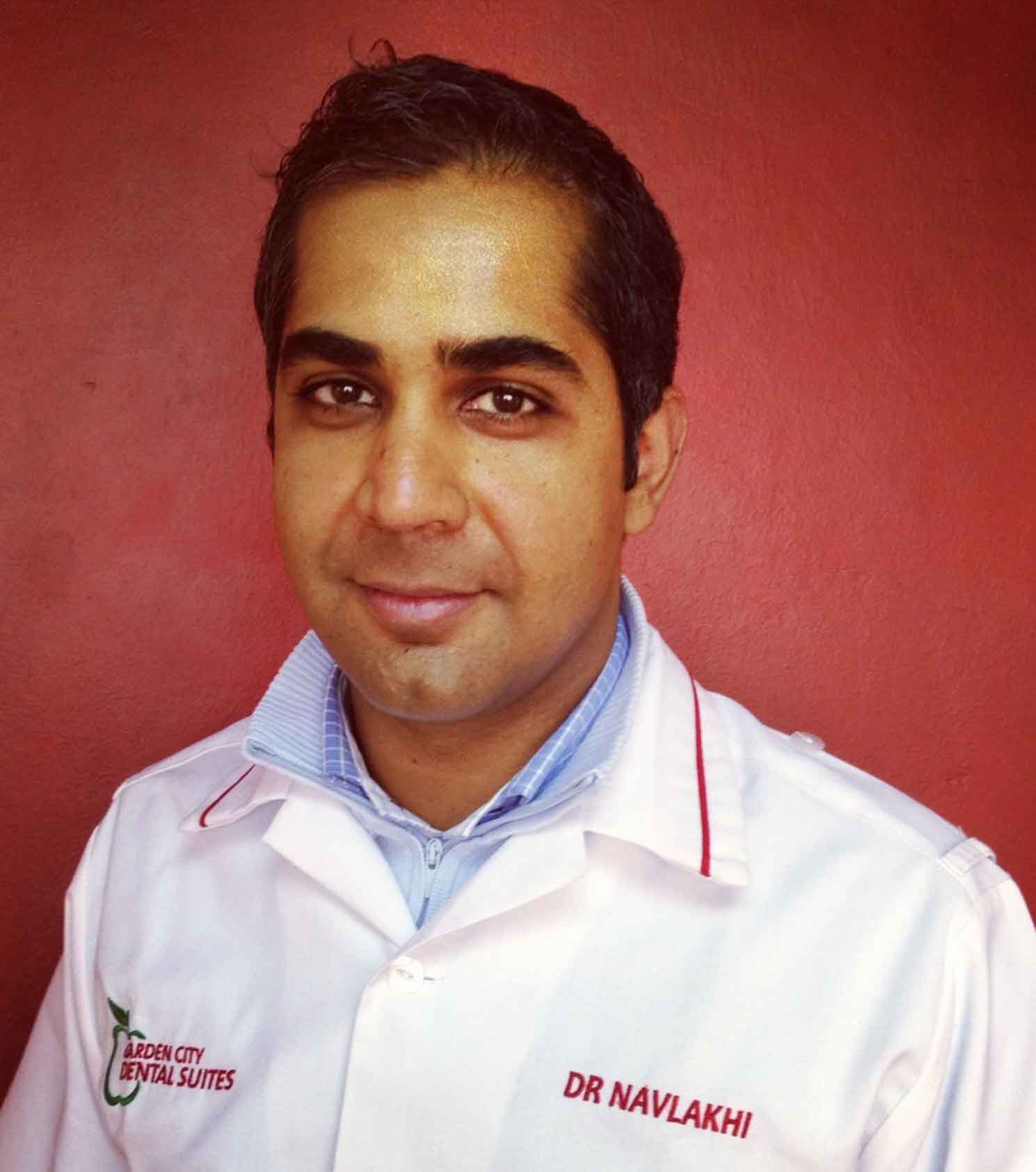 Dr Navlakhi was schooled in Lenasia before attending the Dental School at Wits University in the late 90’s. During his time at University, he was Class Rep, won student awards and represented the Wits Dental faculty as Deputy Head of the Health Sciences Student Council based at the Medical School in Parktown.

After graduating, he spent some time working at the Mpumalanga Standerton Hospital and gained valuable experience in clinical dentistry. For a brief period he bought and ran a dental practice in the East Rand before moving to the Garden City hospital.

From 2005 till 2011, Dr Navlakhi joined Wits University teaching staff as a part-time clinical supervisor for undergraduate students. During this time he ran the Dental Techniques course with Professor Sid Setzer and Dr Radikha Sindhu.